So what are you waiting for, bring your old photos to Goldenfish and I will be happy to help you decide how best to preserve and enhance them for display. 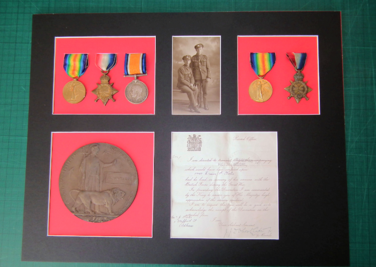 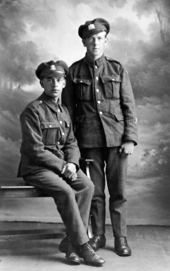 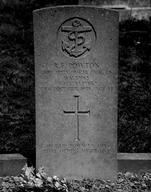 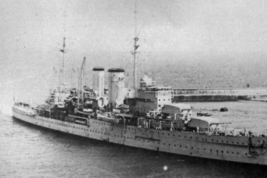 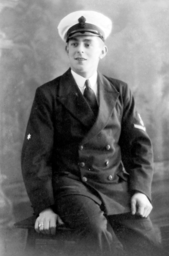 This week I have been working on some medal framing and picture restoration and enhancement. Most of us have old black and white photographs of our relatives. As they get passed down from generation to generation the faces in the photographs become further removed from those to whom they are entrusted. The stories and the photos fade and are forgotten. But it doesn't have to be this way. I have recently scanned restored and enlarged two black and white photos, one dating from the First World War and one from the second. Both had stories to go with them.

The first was of a young officer in the Royal Navy who served on HMS Exeter and was killed in action during the Battle of the River Plate when a shell from the German battle ship the Admiral Graf Spee scored a direct hit. He is buried at the war cemetery at Port Stanley in the Falkland Islands.

The second was of two young soldiers in the First World War. They met at the front and returned together on leave. Later on in the war one of them was killed in action and the other returned and married his dead comrade's sister. The photograph is now in the possession of the couple's great grandson.

Scanning the photos and storing them digitally ensures that they can be preserved indefinitely without fading. It is also surprising as to the quality and detail that saved even from small and faded originals. Once framed with other memorabilia not only ensures they look good on display and are protected, but also helps keep these stories alive; far better than being left to gather dust in the bottom of a drawer.